The Parish was established on July 1st, 2000, with Fr. Louis Guerin as the First and Founding Pastor.

Therese Marie Martin was born January 2, 1893 in Alancon, France to (Saint) Louis Martin and his wife (Saint) Zelie Guerin Martin. Therese was the youngest of five sisters; four of whom entered the cloistered Carmelite Monastery of Lisieux. Another sister, Leonie, became a cloistered Visitation nun (her Cause for Beatification was opened in 2015). If Canonized, Leonie will become the fourth member of Therese’s immediate family to be raised to the dignity of the altar as a Saint!

Our Parish serves the Communities of Wellington, and western Lake Worth. Mass was first Offered at the Wellington Boys and Girls Club; then in the cafeteria of Polo Park Middle School. The Parish then used a modular building here on our current property for Masses and as Office and Meeting-Room space.

Fr. Brian W. Lehnert became the Second Pastor of the Parish in July 2006. In late 2007, Fr. Lehnert began the Campaign “Building on Holy Ground” as a follow-up continuation to Fr. Guerin’s “Share the Vision, Meet the Challenge” Campaign from 2004. Through the generosity of our Parishioners, the present building was erected and went into use with the First Mass being Offered in May 2010. The Most Reverend Gerald M. Barbarito, Bishop of the Diocese of Palm Beach, blessed the new Parish Center/Church Building Complex on the Feast Day of St. Therese, October 3rd, 2010.

On July 1, 2015, the Fifteenth Anniversary of the Parish’s Founding, Bishop Barbarito appointed Fr. David C. Downey as the Third Pastor. The new Pastor, along with the dedicated Deacons and lay Staff who serve the Parish, join with the entire Parish-Family of St. Therese de Lisieux in faithfully continuing the work of building up the Kingdom of God. By joyfully using the gifts of Time,Talent, and Treasure, which Almighty God has given to all of us, we will continue to fruitfully grow in this part of the Lord’s Vineyard. 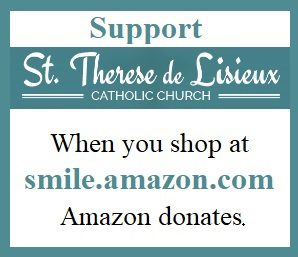